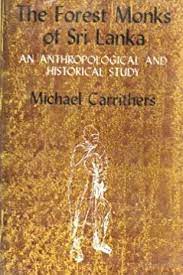 The forest Monks Of Sri Lanka

The forest Monks Of Sri Lanka is written by Michael Carrithers. The thrill of finding how varied, yet entirely rational, other people’s ideas and moralities might be has guided Michael throughout. During fieldwork with Buddhist forest monks in Sri Lanka, and later in seeking to comprehend the profound history of Buddhism and the Buddha himself, he was able to go into these topics in depth.

While dealing with Digambar Jain and Digambar ascetics in India, he encountered increasingly severe practices and rationalities. Michael has recently researched the various conceptions of justice that different Germans have applied to a common and traumatic past, including both the previous German Democratic Republic and the Nazi dictatorship.

You need to Login first